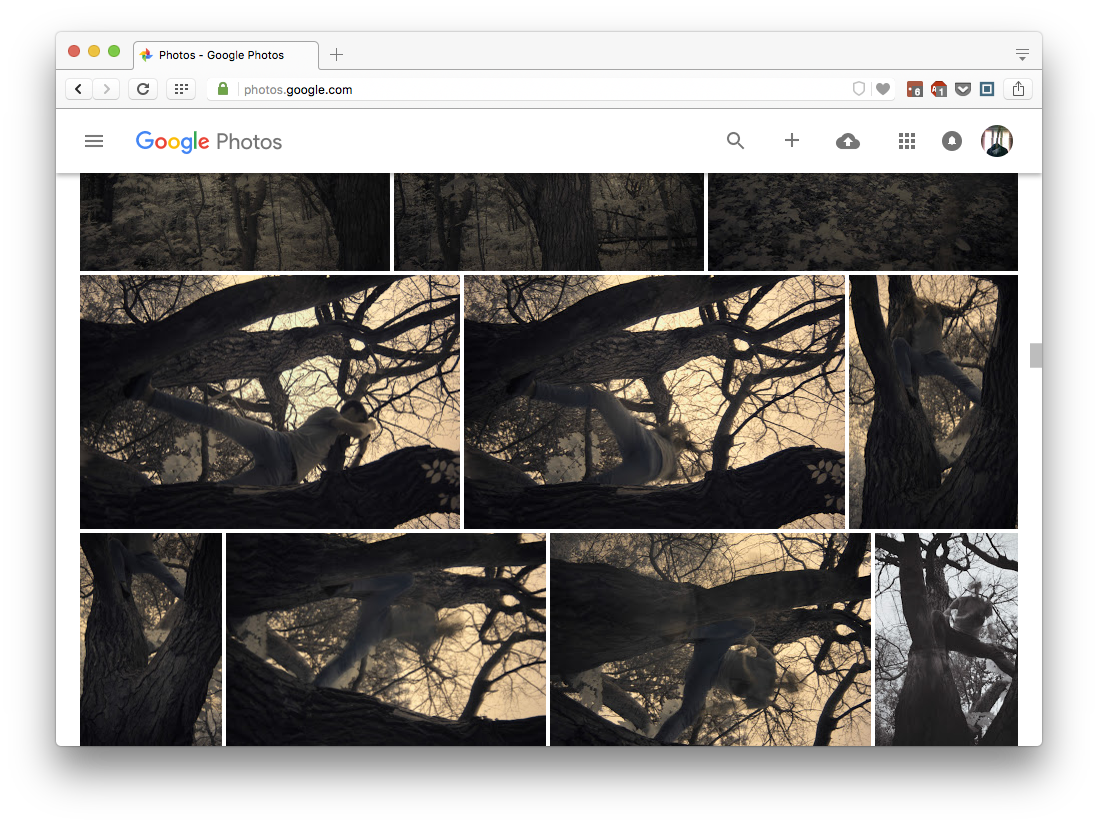 Google Photos for the modern photographer

Google Photos is an application that has been gaining traction in the masses through mobile devices, contributing to the ultimate goal of everything being stored in "the cloud". Though I have my own reservations about cloud-based storage solutions and streaming options, there's no denying that Google Photos (and Google Apps in general) are becoming increasingly handy for consumers and professionals alike.

For those of you who may not be familiar with Google Photos, I'm going to start by giving a brief explanation of what it is. Launched in 2015, the application is a cloud storage service that hooks into the media folders on one's device to back up compatible photos and videos to Google's servers - a pretty simple concept that opens so many doors in the age of digital media and sharing.

Boasting unlimited storage for photos up to 16MP and videos at 1080p, it archives anything from my mobile devices at almost full resolution (though smartphones can shoot 4k these days, useable local storage sizes at affordable prices need to happen for the transition to take place, I think). Though I can't say anything about sampling when it comes to quality (Google offers unlimited storage only for "High Quality" as opposed to the limited "Original Quality" option), the quality has been good enough for a majority of purposes, I think.

As far as I can tell, mobile devices seem to be the main platform on which Google Photos is installed, but it has a desktop client that offers a reliable and productive experience. Upon installing it, you're given the option to choose specific folders to back up, similar to its Android version. 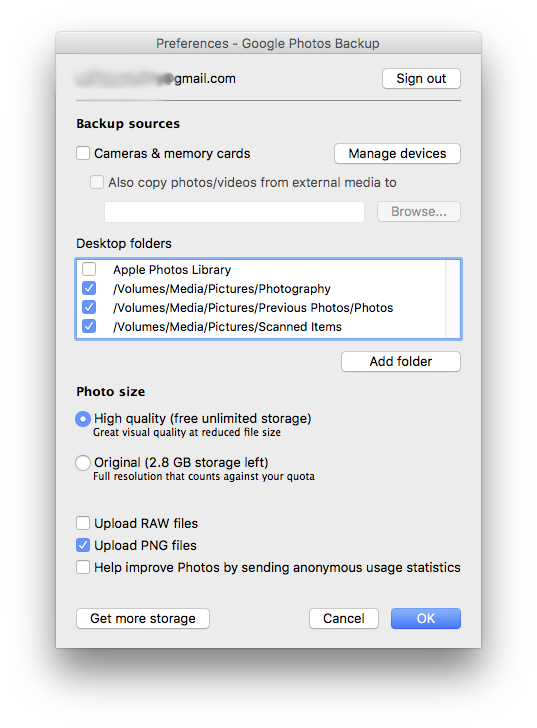 Once enabled, Google Photos will start the process of uploading in the background. It took about a week for my 600GB or so of JPEGs and MP4s to be backed up through my weak WiFi connection, but upon completion I had an easily accessible private database to all my photography. I know that there are a number of services that allow for organzation with more features like Adobe Bridge, but what sets Google Photos apart is that its system available on multiple platforms without any compromises. Whether you're accessing your library on your phone or desktop, all its features are accessible to you - you can download photos, create albums, share albums from anywhere.

Another important feature is its ability to retain EXIF data and filenames from your camera, unlike some other photo uploading services. 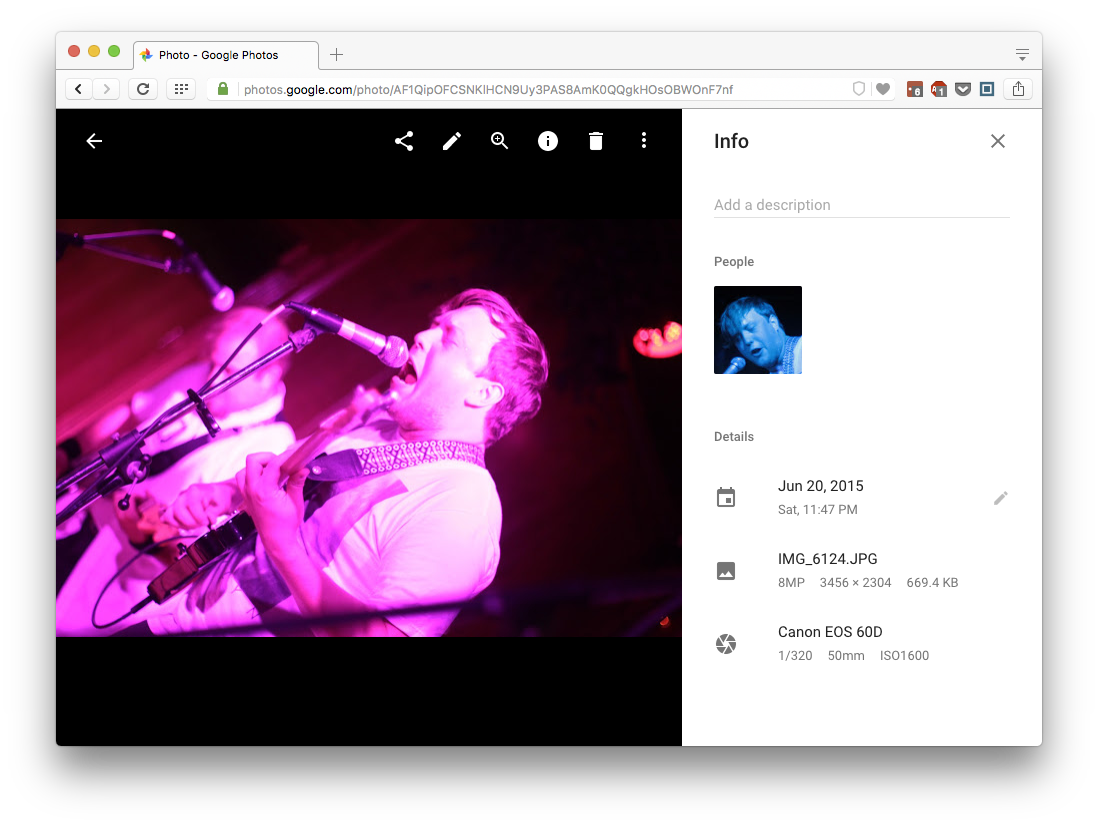 I found this exceptionally handy as a way of sorting through my photos since the thumbnails load quickly, allowing me to easily determine which ones are worth editing and which aren't. Once I decide on a photo, I simply navigate to its folder based on the date and open its corresponding RAW file. 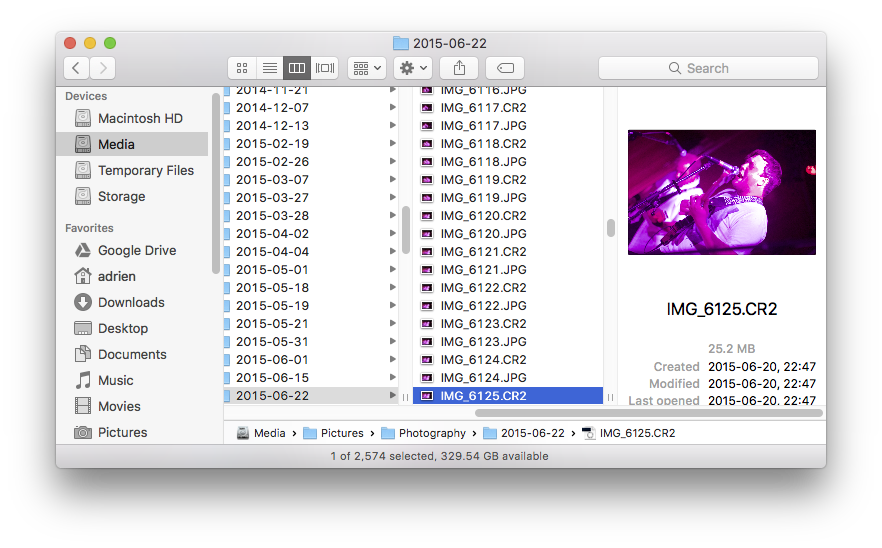 Google also does a pretty decent analysis of photos to allow for an extra option for categorization, though I rarely ever use this aside from identifying people.

Once I'm done and I've saved the edited copy, Google Photos will immediately detect the new file and begin uploading it to its database and thanks to its ability to read EXIF data, it shows up right next to the original file, making it logically retrievable. After all my editing is done, I can quickly consolidate my work into a private, shareable album that I can send to my client. 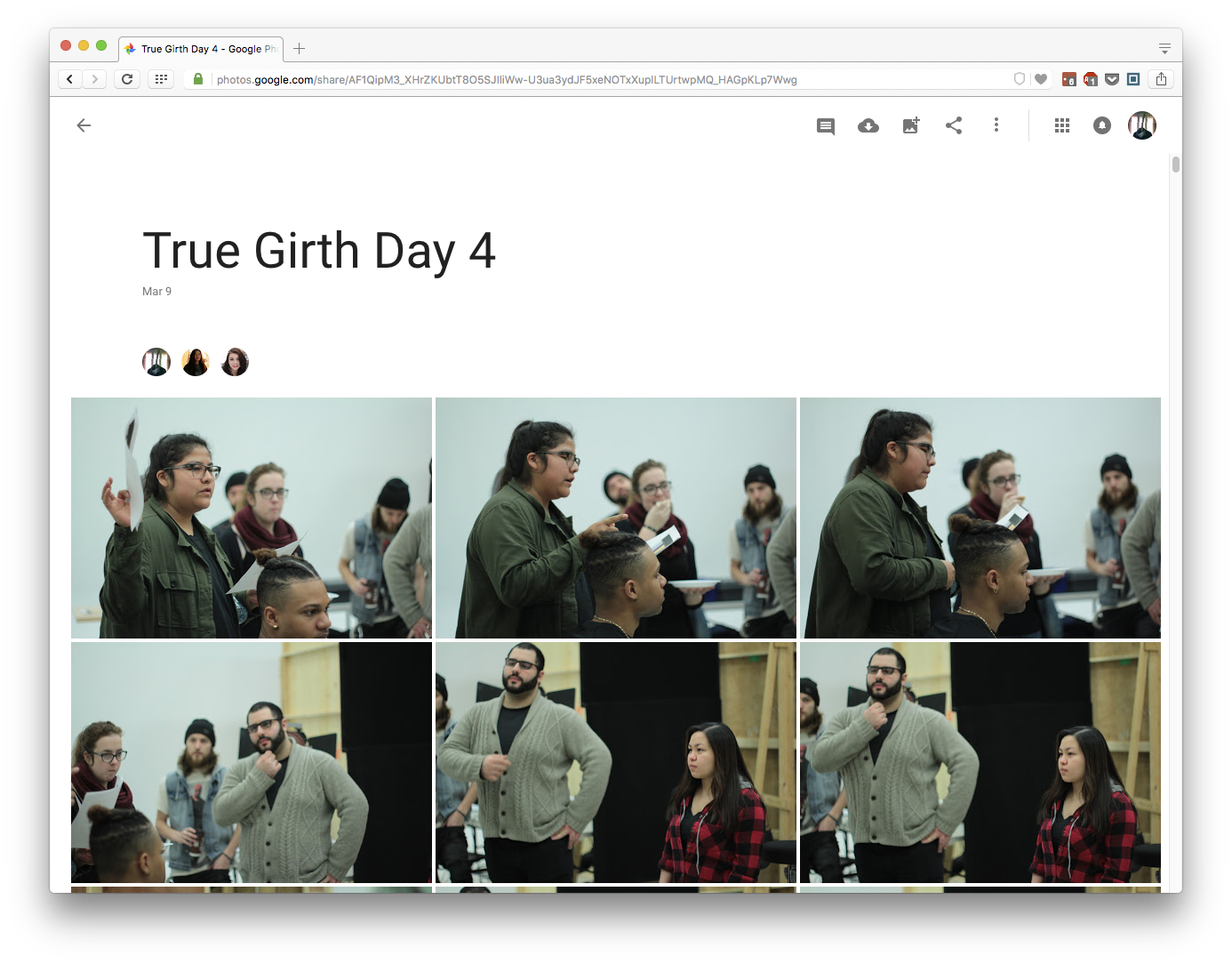 Google Photos' limitation on file resolution and quality works here in my favour as I am essentially providing proofs to the client, which will most likely satisfy them if their end-goal is posting online while I retain the full quality assets.

Despite the number of benefits I get in using Google Photos, I will list a few of the limitations I've encountered and how I've dealt with them. I've mentioned the first one earlier, being that it doesn't offer unlimited back up for full-resolution photos and videos. Given the way I use Google Photos, there would be no purpose for me to be uploading RAW files and I would only do so as an extra measure to back up my assets, albeit very costly. The next problem is one that is inherant to all desktop Google sync apps at the time of writing, and that is the inability to switch Google accounts for syncing. Ideally, I would like to separate my professional work from my hobby work by having individual Google Photos databases for each. I haven't transitioned to this form of organization locally however, so this limitation hasn't proved to be much of a problem for me (beyond sifting through thousands of hockey photos just to reach that one picture of my dog for Instagram)... yet.

With that being said, I hope that some insight on my current photography workflow can help you in your own endeavours. If you've got any pointers that I might find interesting, I'd love to hear them in a comment below!