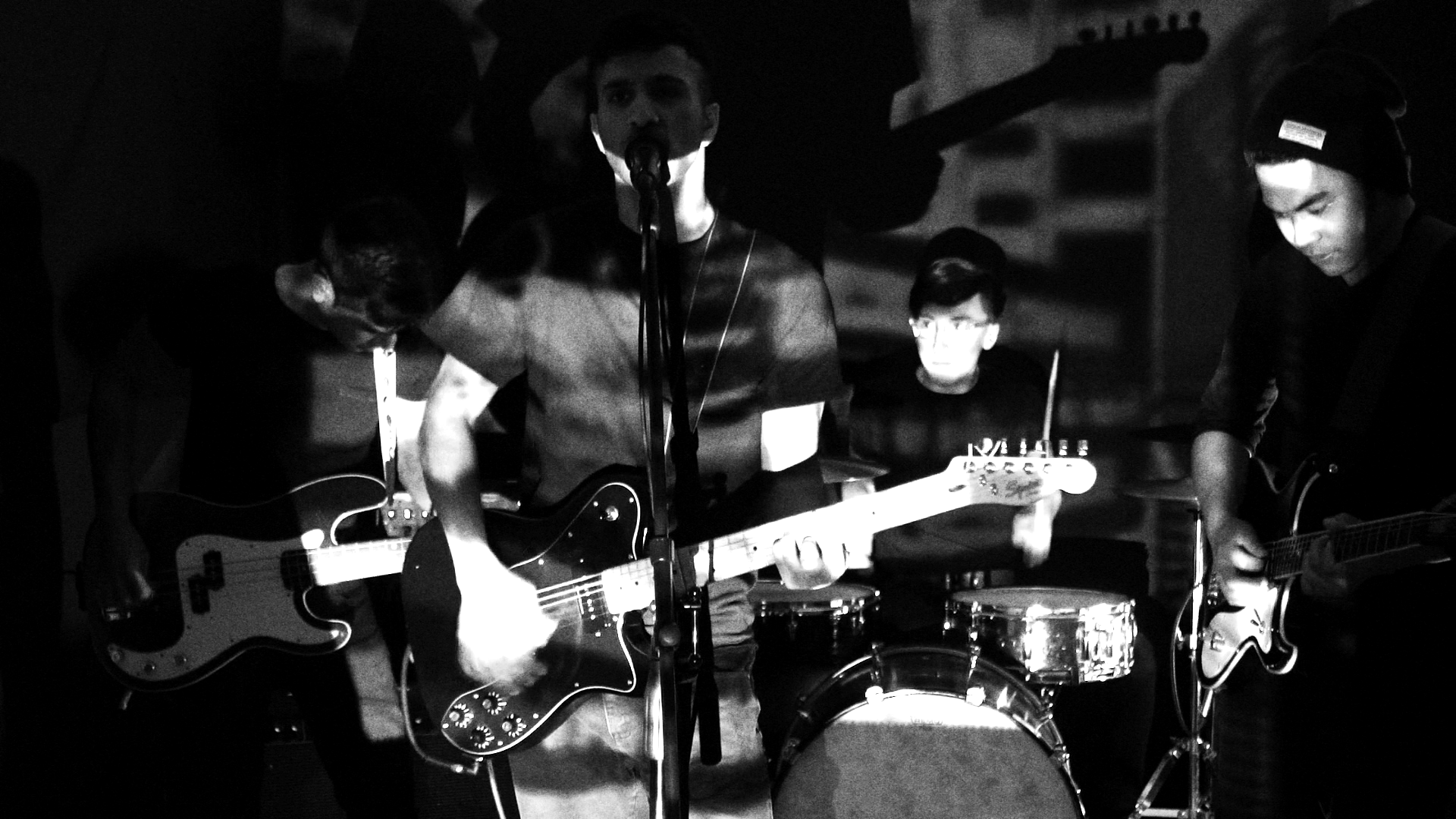 Today marks the release of a music video I filmed and edited back in May. The song is "Waiting..." by some good friends in River Groves, who also cooperatively directed the work.

Being the first of hopefully many more productions that I've been in charge of, I found the experience to be invaluable as an introduction to set dynamic. For a budget of sub $50, on-the-spot blocking and storyboarding, I am quite happy with the result and hope that things can only move forward from here. I only realized in post-production that the band's choice to have the video in black and white actually allowed for a lot more flexibility with lighting than I had thought and I wish that I had that knowledge in retrospect. It might seem obvious, but mixing light temperatures didn't have as much of a detrimental effect on quality as I had initially expected - good to think about for next time.

Overall, the experience was a huge learning opportunity for me and I'm glad that it also provided a great band with some promotional material. You can find a nice little write-up from Exclaim! here.

There a few more music videos being done in the summer and hopefully coming out soon! If you want to stay posted on behind the scenes and other sorts of things, be sure to keep an eye on the blog!